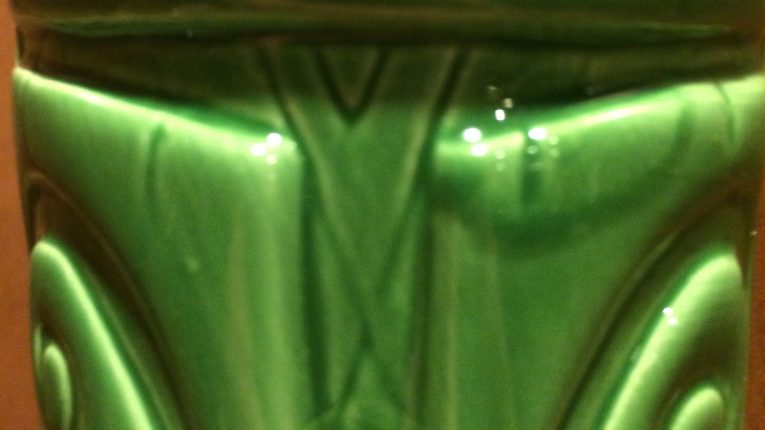 I received a set of Star Wars themed Tiki Glasses and a challenge to create drinks for each of them. The first one was a no brainer, the Bounty Hunter.

This had to be a pretty powerful and deadly beverage, but as with my favorite drinks, I wanted it to have a mix of good flavors in there. This shouldn’t be a simple concoction, because helloooo, the Fett is not simple. I played with mixing a couple different beverages – the Cobra Fang and a Zombie. The Cobra Fang on its own is a lethal concoction that has only 151 overproof rum as its base with very little to cut it into something a little softer. I took some of the spicy and gentle citrus and cinnamon flavors out of the Zombie and crossed it with this guy. This turned into a really tasty homage to our favorite assassin for hire.

Beware with this guy though. I’d give him 5 on the potency scale. Here’s the recipe:

What this now makes is a lethal a 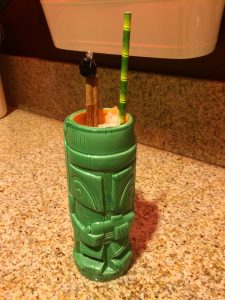 nd tasty combination that definitely has a bite but just a little sweetness and aroma that takes a bit of the edge off. But look at this drink! So fun… but beware!